Bindi Norwell, REINZ CEO, reported that “the Auckland market continues on its stable trajectory that it has been on for some months now. With no major changes to market conditions anticipated, we expect that the market will stay the same for the next few months. There is less interest from first home buyers and fewer investors when compared to September 2017 – but compared to the past few months we’re starting to see interest levels rising from both first-time buyers and investors. With listing numbers up significantly in September we expect a lift in volumes going forward.” 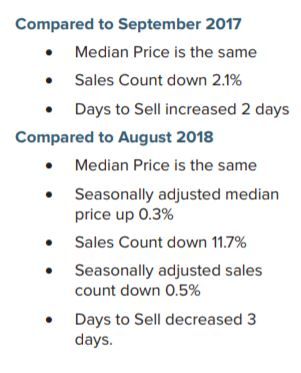