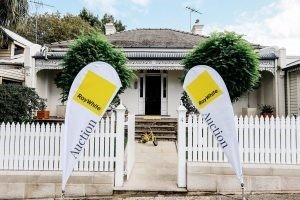 We entered the second quarter of this year with our 7 April portfolio, which was the 11th for 2021 and  once again we were able to invite and cater for  a pleasing attendance to the Headsail room of the Bucklands Beach Yacht Club, the home of Ray White Auctions,  including people who had registered bidding interest, those who had expressed conditional buying interest  and obviously those who came along to see the start of the new year –  what is selling and for what price to give an idea of what is happening very currently in the real estate market.

There were many highlights throughout the evening:

46 Bramley Drive, Farm Cove reflected the value buyers place on quality presented properties located within our highly sought-after neighbourhoods. After a very, very active bidding of some 31 bids it sold “under the hammer “at $3,750,000.

2B Culver Terrace, Howick was a home that has benefitted from very long ownership and it sold “under the hammer “at $915,000.

7 Ettrick Lane, Papakura reflected value outside of our Eastern Beaches area selling “under the hammer “at $845,000 after some 15 competitive bids.

22 Kirikiri Lane, East Tamaki sold “under the hammer “at $810,000 after working with both the bidders and vendors during the auction.

111 Union Road, Howick attracted bidding interest from buyers who had investigated the opportunity to enjoy and embellish its current comfort and those who had investigated redevelopment. After highly competitive bidding from 3 bidders, and after some 78 bids it eventually sold “under the hammer “at $1,223,000.

99B Aviemore Drive, Highland Park reflected buyer continued interest in Highland Park properties selling “under the hammer “after some 21 competitive bids at $1,130,000.

Post auction negotiations continue with buying interest for the balance of the portfolio.

We also completed sales just prior to the Easter weekend break.

6 Tercel Place, Sunnyhills attracted buying interest from those who appreciated the superb presentation of a spacious family home and its sought-after neighbourhood address. It sold “under the hammer “after competitive bidding at $2,700,000.

1/81 Udys Road, Pakuranga was brought forward from its designated 7 April scheduled auction date due to an unconditional preauction offer that was accepted by the vendor subject to the property being submitted to auction at the earlier auction date.  From the preauction offer of $1,050,000 it sold “under the hammer “at $1,210,000

23 Ravello Rise, Flat Bush was also brought forward from its designated 7 April scheduled auction date also due to an unconditional preauction offer that was accepted by the vendor subject to the property being submitted to auction at the earlier auction date.  From the preauction offer of $1,396,000 it sold “under the hammer “at $1,482,500.

So, after three weeks of marketing, in some cases a marketing period of less than three weeks, extremely pleasing, positive, competitive bidding, great results for our vendors whose properties sold under the hammer.  It needs to be acknowledged that the sales provided buyers with an opportunity to buy quality real estate assets knowing that while having to competitively bid/ buy to be the “winner” they were bidding/buying property that was also the first choice for a number of other buyers.

The prices achieved confirmed our ability to maximise price for our vendors, however, to achieve such results, buyer interest, working with our mortgage broker partners, bidding registrations and actual competitive bidding are the components to achieving great results.